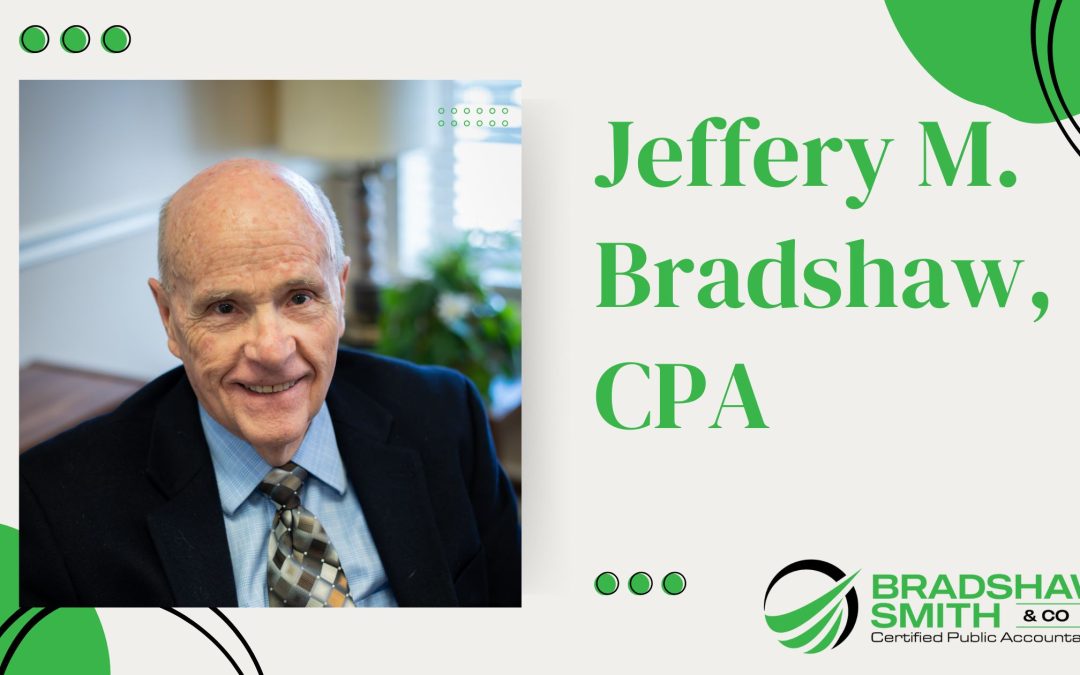 Our very own Jeff Bradshaw has recently been featured in the Neighbors of Heber Valley magazine! Here are some of the highlights from the article:

Jeff Bradshaw has lived in Heber since he was about 4 years old. His ancestry on his mother’s side goes back to the settlers of Heber City! He attended Central Elementary School, which was demolished in 2015 and replaced by the Public Safety Building. He graduated from Wasatch High School in 1963, and served a mission for The Church of Jesus Christ of Latter-Day Saints for two and a half years to Belgium and France. He got engaged to his wife in November of 1969, but in December his name was drawn as Number 1 for the draft. He joined the National Guard, finished his degree in January 1970, then spent the next six years serving in the National Guard.

Jeff Bradshaw started up his Accounting firm and also became the County Clerk and Auditor for four years while running his firm. He also served as treasurer for a few years after the elected treasurer became ill with cancer and was unable to continue in the position. He was also on the board of the Chamber of Commerce for 10 years, serving three of those as President. Jeff served three terms on the Heber City Council starting in 2006. His philosophy was that the city ought to have a say in how it grows. Through all of his appointed and elected positions, Jeff Bradshaw has helped shape Heber’s development.

Jeff and his wife had four daughters, and their family continued to grow with the addition of 14 grandchildren. He has been a CPA for 42 years, and he still believes income taxes are fun! At the beginning of 2022, Jeff took in a partner named Jeff Smith and changed the name of his firm to Bradshaw, Smith & CO. He enjoys what he is doing and continues to enjoy being an active part in the Heber community. If you want to learn more about Jeff Bradshaw as well as more interesting facts about the history of Heber Valley, click below for the full Neighbors of Heber Valley magazine!

Over 60 years combined experience in Accounting and Income Tax Planning and Preparation.